2018 saw a consistent demand in the in-house legal market in Australia at all levels, a trend which has continued into the new year. 2017 was also buoyant, but we saw a year on year increase of over 40% for new in-house legal roles (to December 2018).

There were a number of factors that affected this upturn in my view. A big one being the effect of the Royal Commission into the Banking, Super and Financial Services industry. This created a number of new contract and permanent in-house opportunities within financial services and insurance, as well as the need to backfill internal transfers.

Other industry sectors also saw growth due to an increase in infrastructure projects (another big employer of in-house lawyers), corporate deals, litigation/class actions, regulatory matters and new market entrants. The fact that two of the largest in-house sectors (banking and infrastructure) saw increased activity both in front-end transactional work and back-end litigation is rare in itself.

This has seen great demand for the best talent, as it also coincides with an increased need for lawyers within domestic law firms (5 % headcount increase overall in 2018 according to Thomson Reuters) and overseas markets. This has increased pressure on salaries and retention efforts in order to be competitive.

We have also seen an increase in senior roles (senior legal counsel and above) due to increased movement in the market and also new senior roles being created due to the growth in the sector and the corresponding need to develop more complex departmental structures.

Where there was previously often a general counsel or head of legal and a very flat structure below them, there is now often a need for additional formal management roles or senior legal counsel to step up and mentor or formally supervise juniors within the team.

Additionally, new positions have been created such as legal operations to help in-house teams make the most of the growing legal tech sector and changes in work practices designed to drive efficiencies. Although formal roles in this area are still relatively few compared to other jurisdictions such as the US, that seems likely to increase as technology uptake grows along with in-house departments growing and becoming more complex.

The first quarter of 2019 has so far kept pace with last year, with an almost identical number of jobs created at the time of writing. This is slightly surprising given the number of roles created within financial services during the corresponding period last year, to support Royal Commission projects.

Although new jobs are still being created in this area to implement the recommendations and handle remediation work, I think this current demand reflects the overall growth of the in-house sector outlined above, and the consistent need for organisations to find the best talent.

Given the strong markets in other corporate sectors, I believe that we can expect an equally busy year ahead!

Daniel Stirling is a Director at G2 Legal.  For further information please contact him via daniel.stirling@g2legal.com.au 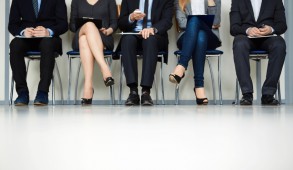 What’s been driving the growth in the in-house legal job market in 2018?